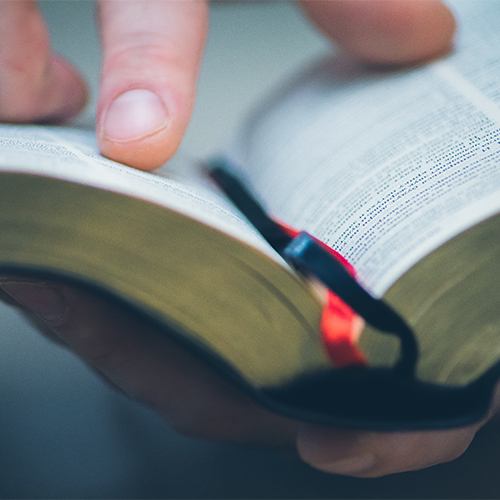 “In my opinion, the subject of hermeneutics—the art and science of interpreting the Scriptures—is probably the most important issue or question in Christendom today,” said David Gunn, director of Regular Baptist Press. “Because it is just so foundational to everything else that we teach, preach, and believe.”

In his module “Interpreting Scripture Well,” Gunn proposed that the hermeneutical approach traditionally used by dispensationalists—which has variously been termed the literal, grammatico-historical, or literal-grammatical-historical method—is the correct one (although he prefers the term originalism, which is borrowed from the legal community). “What originalist legal scholars are doing when they interpret the Constitution or a statutory text according to originalist interpretive principles, is basically equivalent to what we want to do when we interpret a Biblical text,” he says. The central distinguishing feature of originalism is its straightforward approach to language and context. In Reading Law, Antonin Scalia and Bryan Garner explained it this way: “[We] seek a return to the oldest and most commonsensical interpretive principle: In their full context, words mean what they conveyed to reasonable people at the time they were written.”

According to Gunn, there are three essential principles for an originalist hermeneutical approach: the Biblical text means what the author meant; the text means what it says; and the text cannot mean what it never originally meant. If these principles are correct, then it is important to understand as much as possible about the culture and worldview of a text’s original audience, and to pay careful attention to its literary context. “No one opens an Agatha Christie novel to page 284, reads a paragraph in the middle of the page, and tries to make sense of it without first reading the preceding 283 pages,” Gunn says. “That would be manifestly ridiculous. So why do we do it with the Bible?”

Gunn contrasted the originalist approach to hermeneutics with various non-originalist approaches, paying special attention to the Christ-centered approach, which Gunn sees as the primary competitor to originalism today. “In Christ-centered hermeneutics, the Old Testament must be reinterpreted in light of the New Testament, so that all Old Testament revelation is understood to be about the person and work of Christ,” Gunn explained. The problem is that not every Old Testament passage could have been understood that way by its original audience.

“It’s not that we think the Old Testament doesn’t bear witness to Christ,” Gunn says. “Of course it does! But just not in a way that requires a Christocentric view of every Old Testament passage.”

Gunn recognizes that it can be uncomfortable to criticize something bearing the name Christ-centered. “We’re Christians,” he said. “So we believe deeply that Christ should be preeminent in our lives and in our theology. Of course we believe in that kind of Christ-centeredness! But the best way to honor Christ is to take Him at His word. And one of the best ways to do that is to read Scripture according to normal linguistic and literary conventions. The fact that God revealed His Word to us through normal human language indicates that He intends for us to read it according to the customs and conventions of normal human language.”