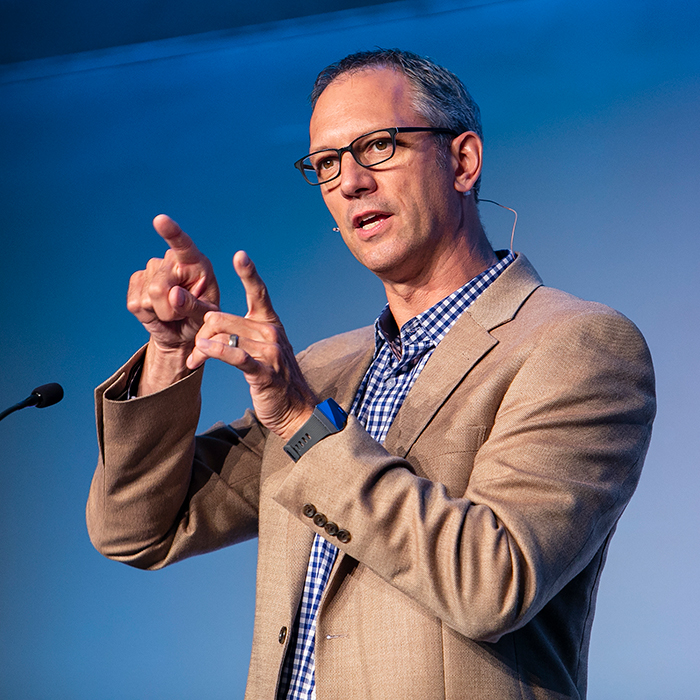 The Minor Key of Worship

How should we respond to suffering? How can believers rejoice in their pain? Mark Vroegop suggests that perhaps what believers need is lament. In Thursday evening’s session, he examined this forgotten discipline of Christianity, saying, “to cry is human, but to lament is Christian.” “Why talk about lament?” he asked. Because “pain is inevitable,” “pain creates strong emotion,” and often “pain doesn’t go away quickly,” he answered. “Lament is a prayer in pain that leads to trust.”

In describing lament, Vroegop depicts it as a “language in the minor key.” While one third of the Psalms are lament Psalms, he notes that only 5 percent of modern Christian songs are written in the minor key. Hearts need to be “tuned to hear the song of lament” because “lament is the cry of the hurting, pain-filled, yet believing heart.”

But Vroegop didn’t speak as a theoretician, he is a credentialed lamenter. He shared about the loss of one of his children, which took place in 2004 just days before his wife was due. So, lament is a personal subject and one to which he can speak because he has experienced the deep sorrow and confusion that come from the disparity between one’s experience and God’s character.

Vroegop began by explaining that, in trials, turning to God in prayer should be the believer’s first posture, no matter how confusing and seemingly irreconcilable their circumstances seem. To demonstrate this, he used Psalm 13, written by David, which displays the deep need of a mourning soul who can turn to no one else but God.

“How long, O Lord?” the psalmist asked. Rather than ignoring the reality of total discontent amid suffering, Vroegop explained that believers should air their complaints before God. Lamenting complaint is expressed by a heart that acknowledges that what the person is experiencing does not fit with what that person knows about God, notes Vroegop. “It’s the Christian who says, ‘I know You could fix this, please! I know You’re good. I don’t understand how this fits.’” Yet, Vroegop notes, “if all we do is complain, that is not a true lament.”

That’s why he insists that believers need to ask God for help. “Consider me” the psalmist prayed in verse 3, as he petitioned God for the only help that could possibly address his complaints. “On the one hand he’s being brutally honest,” Vroegop says, “yet on the other hand he is asking God for help. . . and he reanchors himself in what he believes.” Vroegop pointed out that the psalmist was using his pain as a platform for trust.

As the psalmist pivoted away from the reality of his suffering, evidenced by the conjunction “but,” and toward the Lord, he said, “but I have trusted,” “my heart shall rejoice,” and “I will sing.” In this, the psalmist moves beyond the truth of his pain, after having fully acknowledged it and faced its reality, and commits himself to trusting and rejoicing in the Lord. Vroegop states that this is the response that says, “I don’t know how that all fits, but I will rejoice in Your salvation.”

After the psalmist commits himself to trusting the Lord, he concludes, “The Lord has dealt bountifully with me.” In noting this, Vroegop says that there is great grace amid our pain as we learn the language of lament.

Vroegop closed this session by inviting the attendees to corporately lament, standing up and allowing themselves to be consoled by their beloved brothers and sisters with arms around one another.

As Vroegop summed up his discussion of lament, he stated, “Now that—that is Christian.”