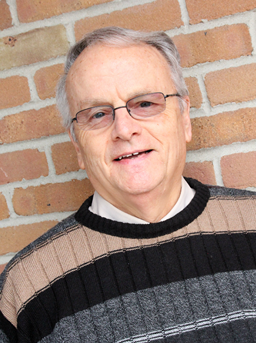 Jack Dowden has been a faithful servant of the Lord in GARBC churches for more than 50 years and is still going strong for Jesus. On June 25 during the 2014 GARBC Conference, Pastor Dowden received the GARBC Service Award for his commitment to local church ministry.

Pastor Dowden is a Regular Baptist to the core. He grew up attending Walnut Ridge Baptist Church, Waterloo, Iowa, and was saved at age 7 under the ministry of Pastor Robert Ketcham. Dowden’s father served as an assistant to Dr. Ketcham.

Dowden earned a BA in Bible from Cedarville College and an MDiv from Grand Rapids Baptist Seminary. The first church he pastored was Calvary Baptist Church, Union, Iowa. From there he went to Grace Baptist Church, Austin, Minn., where he was pastor for nearly three decades.

While pastoring Grace Baptist, he was active in the Minnesota Association of Regular Baptist Churches, the state association’s southern fellowship, and Bass Lake Camp, where he served as chairman of the board.

In 1995 he came to Emmanuel Baptist Church, Flint, Mich., to serve as associate pastor, working mainly with senior ministries and outreach. Since arriving in Michigan he has actively served with the Michigan Association of Regular Baptist Churches and the state association’s southeast fellowship.

Pastor Dowden’s ministry is enhanced by his dear wife, Nancy. They have enjoyed over 50 years of marriage and partnership in ministry. Emmanuel Baptist Church describes Nancy as a sweet, behind-the-scenes leader who has greatly impacted women and children through her discipleship ministry and service in children’s ministries.

Pastor Dowden has faithfully attended the GARBC Conference year after year. He has told his staff stories of taking his five kids to the conference and, while there, camping out. And one thing most people don’t know about him is that he has a brown belt in karate.

Pastor Dowden “has had a profound impact on so many people,” says Emmanuel Baptist Church. “He is one of the top gems of our association. . . .

“We have all come to believe that most people grow old, but not Pastor Dowden. He has influenced hundreds of people for the cause of Christ during his years of ministry, and he continues as strong as ever.”

A heart full of gratitude is one of the best weapons to have in our arsenal as we battle the difficulties of ...more

The Wisconsin Association of Regular Baptist Churches appointed Steve Schultz as its state representative during the association's annual ...more